As with the last two years, April marked the Writer’s Victoria daily Flash Fiction Challenge. The purpose is to write a 30 word short story, based on the daily prompt and once again it was good fun with the Twitter writing community being as inventive and supportive as ever. This year, I did not manage a story every day. COVID-19 threw a spanner in the works, which was not fun. But I was also working on a longer short story, two pieces of other writing and my day job at the same time, which meant a few days got missed. On the final day, for the first time since I started doing this in 2020, I flat out could not think of an idea!

All the daily winners can be found at the Writers Victoria website here:

Collected here, are my entries for this year’s contest. Twenty three tales of spiralling doom, unrelenting morbidity and deviant science. Where lycanthrope dentists run amok, where interstellar capitalism ruins lives (just like real capitalism); where Necromancers forget their instructions and Santa is a litigious bastard.  So prepare yourself, traveller. Open your mind to the strange and the weird. Cross the cosmic threshold and feast on the twisted, corrupted wonders inside… 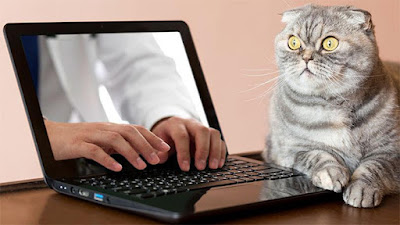 With hindsight, I ignored the hints: no appointments on a full moon, suspicious allergy to silver, killed all those sheep. I just never thought my dentist could be a werewolf.

As instructed, I gripped the lumpen nugget of pyrite, focussed on my energy centres and closed my eyes tight. When I opened them, he’d stolen my tent… and my dog.

Our interstellar visitors stepped from their glowing spacecraft, and were immediately electrocuted in the light evening drizzle. Apparently, beings of pure light and energy do not react well to water.

Earth soil is worth an absolute fortune on Klebmar. Goddamn space millipedes keep digging it up to sell on Space eBay. All I can do is leave ‘em bad feedback.

The pentagram was drawn, the candles lit and the sacrificial blood spilled across the transdimensional portal. We were awaiting The Traveller, when we realised… Trevor forgot to bring the idol.

Space Slug control need not be unpleasant. My advice? Lean into it. Initially, loss of free thought will be intermittent, but soon enough your mind will go ‘full gastropod’

Earth-17 underwent Planetary Relocation because their Sun was (apparently) “too bright.” They were re-orbited around a gas giant, but immediately complained it was “too stinky.” Rich people are never happy.

“Dry your tears Timmy. Remember, when you look up at that moon tomorrow, even though I’m not here I’ll be doing the same thing… right before I blow it up.”

“Despite my name, bone fide invisibility is patently impossible. I simply ‘persuade’ your brain you can’t see me. And Marketing just felt ‘The Unperceived Man’ wouldn’t test well.”

Your honour, counsel agrees my client’s eyes ‘twinkle’ delightfully. However, his belly does not shake ‘like a bowl full of jelly’ and we will be seeking damages to that effect.

The Fancy Killer, who terrorised the city for months, was finally apprehended when a single sequin from his bedazzled strangling gloves, was found in the gullet of his final victim

The lake shimmered in the afternoon sun. Family picnics buzzed with spring optimism. Birds sang. Children laughed. Until the bloated, toothless corpse of an unidentified state witness breached the surface.

Most other cults spend all their money on expensive altars, forgetting you can’t summon a Goat Lord on an empty stomach. That’s why we always budget well for apocalypse catering.

We were stationed near that black hole, which we couldn’t see, because no light escapes. It took us two months to realise the event horizon was in the opposite direction.

He thought Bigfoot was subdued, but he never got the full three count. He surprised him with a double suplex, pinned him and Bigfoot was crowned World Sasquatch Wrestling Champion

Human brains are succulent. Of the billion minds we have subsumed, they are an oasis. My larva thirst. They will find water here. Humanity’s parched consciousness scattered to the void

As his face became dappled with the fluorescent buboes of the Martian Plague, there was nothing left to do other than admire the terrifying beauty of a toxic universe.

On your first day as an interstellar zookeeper you must establish dominance. Stare the creatures down. Blink first and you’re liable to get your throat torn out by Space Gerbils

They said you can’t put a price on hope. But we wrote an algorithm to simulate hope in robots and it sold quite nicely. The price of hope is $99.95

The Fancy Killer got the chair but crime scenes across the city continued to sparkle. His valet continued his work. Turns out, for once, the butler actually did it.

He went soft in his later years. Acquiring a conscience. Muttering regrets about making people cry. But we never forgot. He was the most thrilling Evil Hypnotist in the business.

Weirdly, I felt the strike first, then I hit the ground, THEN I heard the thunder. Also weird: the smell of your own flash fried skin is kind of chicken-y.

Interviewer: Mr Cyclops, what would you say is your biggest weakness?

Mr Cyclops: Most people assume it’s having one eye, but actually, I can’t do maths without a calculator.